As a Property and Casualty Insurance Adjuster, I speak to many hometown, independent retail jewelers about their commercial insurance coverage…after they have a loss. Rarely do jewelers concern themselves with an understanding of their business insurance until they need to file a claim. It is only then that they take a serious look at their coverage conditions and limits, and what happens when a claim occurs based on the policy.

Due to my experiences with this, I am writing a series of educational articles on understanding commercial insurance for hometown, independent retail jewelers.  This edition begins Part 1: Commercial Insurance 101?

The insurance policy is a legally binding contract that establishes an agreement between an insured and insurer that guarantees the insurer will indemnify the insured in the event of a loss. The word: “indemnify” means to make whole again. In simple terms, the concept of indemnity is to put your business back in the condition it was in 5 minutes before the loss occurred.

For instance, if a vandal throws a rock through your front glass window, the insurance policy is there to replace that window and put your storefront back to the condition that existed 5 minutes before the rock was thrown. The “5 minute” concept is not a time rule or anything formal, it is a figure of speech to denote the idea that the insurance policy is there to make you “whole” again, to protect you from the “risk” of someone throwing a rock through your front window (for instance).

Risks are events that are considered likely to happen to a jewelry store in the course of everyday business. Risks can be a customer slipping and falling on a wet floor. Risks can involve an armed robbery or a burglary after the store has closed for the day. Risk can be a fire. There are many risks that an insurer accepts by issuing the insurance policy to the insured jewelry store. When an insurance company accepts a jewelry store for coverage, they consider three basic levels of risk in determining the elements of the policy and the conditions of the coverage for that jewelry store. The elements of risk of the store guide the level of coverage and possible limiting conditions placed on the policy. These three levels of risk include:

What is an underwriter?

The term “underwriter” comes from British Maritime Insurance, as does most of the concept of insurance around the world.  When an ocean-going vessel would leave on a commercial voyage, various people involved in what is now Lloyds of London would offer to put up money to insure the success of the voyage. They would offer a guarantee of success to the ship’s owner and the merchants involved for a percent of the profits. Basically, if the ship sank during the voyage, the group of individuals would guarantee to buy the ship’s owners a new ship. If the cargo was damaged by a storm during the voyage, the group would indemnify the ship’s owners and participating merchants from the loss. This was the beginning of insurance and the concept behind British Maritime Insurance. This group of businesspeople in London would gather at the ship when the voyage was about to begin, and all agree to insure the success of the voyage in return for part of the profits. There was a document that was used to make the guarantee, and those willing to offer the insurance to the voyage would write their name under the ship’s manifest. They were “underwriters”, and the term has applied to this day to those who determine if insurance coverage will be offered.

The Underwriter is the person who determines if an insurance company will accept a jewelry store for coverage, and what conditions will be placed on that insurance policy to offer that coverage. These conditions can include what kind of alarm system is required, what kind of safe is required, specific types of security within the store, specific accounting systems, there are many possible conditions placed both on the store and in the insurance policy for the underwriter to accept liability for insuring the jewelry store.

The Underwriter will usually consider the following factors when determining whether or not the insurer will accept the risk of the jewelry store:

All of these are considered “hazards” by the insurer.

A hazard is any risk that increases the probability of a loss occurring and a  claim being filed. For instance, in the first category regarding the Personal Stability of the Jewelry Store Owner. An owner who has a history of destroying property for the purpose of making an insurance claim is a hazard to be considered.  A jewelry store with accusations of making false claims about selling diamonds but delivering cubic zirconia is a hazard. Likewise, a jewelry store located in a high crime neighborhood offers its own set of hazards. Even jewelry stores with goldsmiths known to break a lot of diamonds presents a hazard. All of these must be considered by the underwriter when deciding whether the store is an acceptable risk, and how the policy will be structured to offer the requested insurance coverage to the insured, while at the same time minimizing excessive risk to the insurer.

Once the determination is made by the underwriter to issue the policy, the policy is structured and presented to the insured to sign and pay the first premium.  It is at this point that most jewelry store owners fail to carefully read and understand the policy they are accepting. This policy is a legally binding contract, an agreement, between the insurer and the insured regarding how the insurance coverage will be applied to the operations of the jewelry store, and how claims will be handled and paid in the event of a loss. Jewelry store owners need to understand their insurance policy, and most do not take the time to do so.

In our next edition, we will review the structure and parts of an insurance policy that will help all hometown, independent retail jewelers better understand their commercial insurance policy to help both now and in the event of a loss. 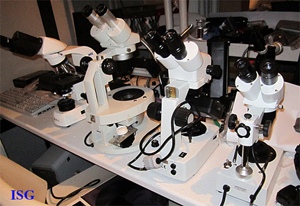 I am available consultations and assistance to all independent, hometown retail jewelers through the JewelryAdjuster.com website.